Thirteen of us spent a fabulous June weekend enjoying a communal meet with the FRCC at Brackenclose in Wasdale. Not only is the hut really comfortable and well equipped (with stunning views of Wast Water), the hills are on the doorstep…. no early morning alarm calls!

For a few of us the weekend began on Friday. On route to Wasdale, Chris ticked off more of Wainright’s Outlying Fells and Fiona, Sylvia and Janice walked from the hut over Illgill Head and Whin Rigg via Burnmoor Tarn in quite damp conditions – most unlike the weekend weather which just got better and better!

Parties had differing agendas on Saturday. First to leave were John and Steve, heading for Pillar Rock to climb New West Climb VD*** …. ‘An outstanding climb celebrated by returning over Pillar summit.’

Not far behind them were Jon and Dick who reached the start of Slab and Notch M* via a scramble up Wistow crags and over Pillar summit. Despite the route taking longer than expected they still managed to get back to the hut in time for tea !

The walkers had a more leisurely day. Chris headed for Boat Howe, returning over Scafell summit and Fiona, Sylvia, Janice, Barbara, MartynL and me did the lovely circuit of Pillar and Red Pike. Action shots of our teams on Pillar Rock were impossible in the wildly windy swirling mists on Pillar summit –but in the clearings, valleys looked warm and sunny and our teams roasted in the heat. Being a weekend close to the longest day, we passed a number of weary looking runners on their final leg of the Bob Graham challenge to Keswick! Paul and Amanda who’d arrived shortly before we set off, chose a more restful day in the valley, recovering from a family celebration on Friday evening.

As expected, preparations for our communal meal were embraced by a great team who responded to head chef’s supervision and orders! Of course we all did as instructed (‘Yes Chef’) and the result…a gourmet feast; a variety of homemade soups, individual pies from a carefully selected butcher served with a selection of vegetable roasties, delicious homemade lemon and chocolate tarts and the best Tiramisu that I’ve ever tasted, followed by cheese and biscuits. Gill, Anne, Trevor, Sue, Carol and Adrian joined our feast and the evening banter which was a huge success.

Sunday was another scorchio day! John and Steve were first off again heading up to climb Napes Needle via Wasdale Crack HS*** to settle John’s 36 year old score!

By the time Paul, Martyn, Anne and I reached the base of Needle Ridge VD***, the team were on topping out. Hoping to see John emulating the headstand of first ascensionist WPHasket-Smith, Paul speedily led the first 2 pitches of our route (look forward to seeing the photos), after which we continued in two teams meeting at the top for refreshments. True to form, ‘mountaineer’ Martyn climbed the polish in his big boots! We ended the fabulous day with a scramble to the summit of Great Gable and the stunning panoramic views.

In the blistering heat, Jon walked up to Styhead Tarn returning to the valley via Napes Traverse and others departed for a leisurely drive home.

Special thanks to David Wilkinson for putting so much thought into coordinating the first of our joint meets with the FRCC, to Sylvia for the menu choice and keeping the kitchen staff in order and to everyone who took part in making this another of our great weekend meets. Such fun!! 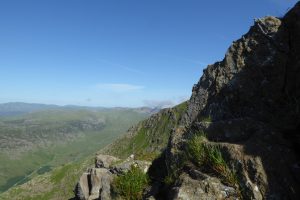 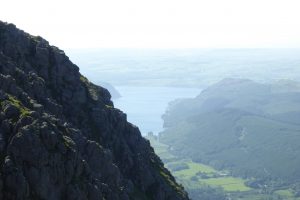 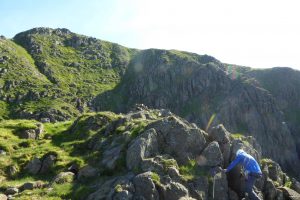 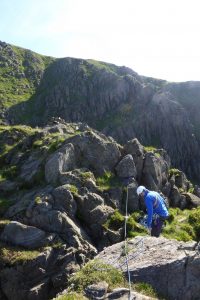 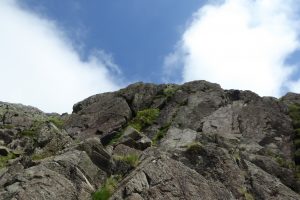 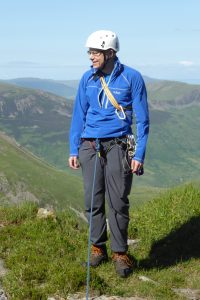 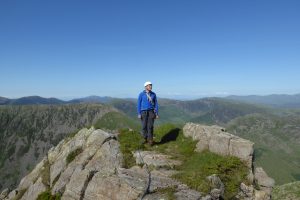 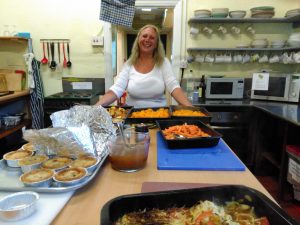 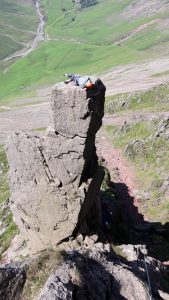 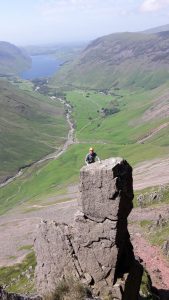 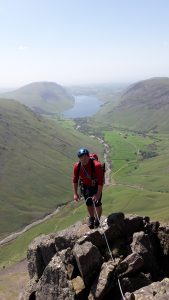 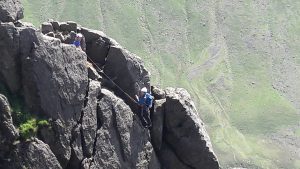 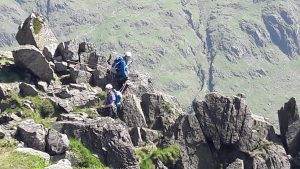 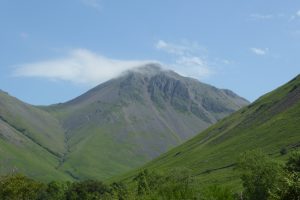 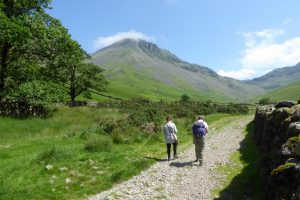