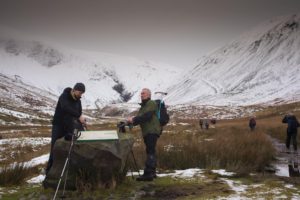 however there was no such thoughts from CMC and shortly after the ascent up the hillside by Cautley Spout the skies started to clear and blue skies appeared. 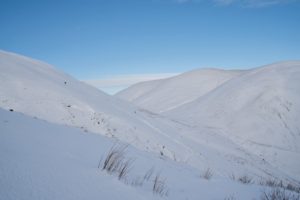 Various lines of approach were made to get to the top but most seem to involve deep snow at some point. 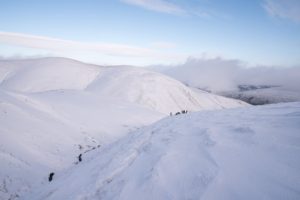 Once reformed and with lunch on board we headed up to The Calf trig point. 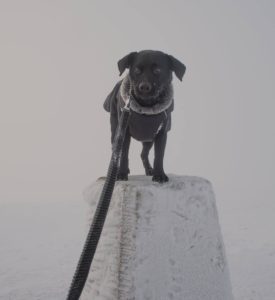 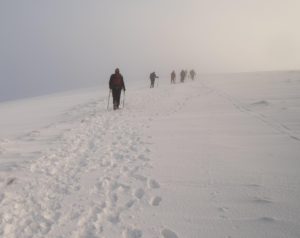 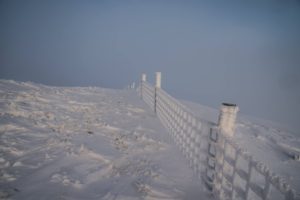 which it kindly did after the top of Calders. 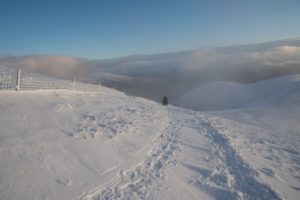 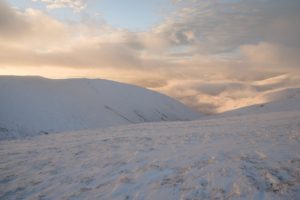 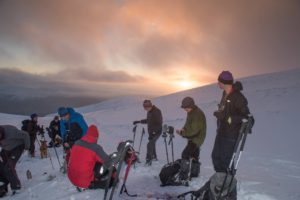 After a brief stop we left the main ridge and headed down to Sedbergh getting back before the necessity of a headtorch was required. Many thanks to John for organising the walk. T’was a grand day out.