Our Christmas meet in Patterdale took place on a rather special wintery weekend. Heavy snow on Thursday night didn’t impact journeys, and some even braved the Kirkstone Pass! Wardy kept his eyes closed as Sylvia negotiated the slippery sections, reaching the George Starkey before dark. It didn’t take long for the log burner to warm the hut and by late evening, eighteen of us had made ourselves comfortable for the weekend.

Clear skies and freezing temperatures added to the enjoyment of activities on Saturday. After the usual morning faffing, groups with differing agendas went on their way.

Wardy, Janice and Barbara caught the bus to Pooley bridge and walked back along the lakeside, Flo and Sylvia headed to Place Fell via to Hartsop, Hayeswater and Angle Tarn, dropping down to the lakeside at Scalehow Wood. Peter and Deirdre, Dave and Gill took a more leisurely walk and the rest of us headed for Helvellyn via Striding Edge in fabulous winter conditions.

Parties separated at the summit. Dick and Paul chose the longer descent walking along to Dollywagon Pike and down the Tongue. Andy, Anne and I dropped to Red Tarn via Swirral Edge – we unanimously chose not to follow Bruce and Dave over the misty top of Catstye Cam preferring to head back to the hut and get stuck into the mulled wine and mince pies.

Before too long the kitchen was buzzing with activity and preparations for our Russian banquet, were under way. The festive table was set for 18 and folk tucked into mince pies, and an amazing selection blinis dressed with smoked salmon, caviar, herrings, and crème fraiche – all prepared by Janice and Flo from Sylvia’s pictures. Despite being offered the opportunity to join us, the two Alpine Club members made a hasty retreat to the pub !

Homemade soups (Borsch and leek/ potato) were followed by delicious Chicken Kiev’s served with a surprisingly tasty roasted red pepper sauce and selection of veggies. After a short break (guys in kitchen) we were ready for desserts. Kutia, a traditional sweet berry pudding that Dave Wilkinson had spent a lot of time researching and preparing, winter fruits and of course a flaming Christmas pudding with all the trimmings. Only those with healthy appetites managed cheese and biscuits.

Pass the parcel was thrown from one to another with Sylvia singing along in the background and Bruce, the lucky winner of a harmonica, demonstrated his musical talents …… but will practicing for a festive sing-along next year.

After a more leisurely start on a lovely Sunday morning, a few of us took an enjoyable walk to Lantys Tarn which looked stunning in the misty light…reflected in Andy’s photo competition winners (and carefully directed by Flo)! Dick and Paul went to Red Screes, Dave went up Place Fell from Boredale Hause then onto the, not so high, High Dodd and Hallin Fell, and Bruce headed for High Street arriving back to the hut long after we’d all departed.

It’s the communal spirit of members and guests that make the meets fun and successful and this was no exception so big thanks to everyone who joined in. 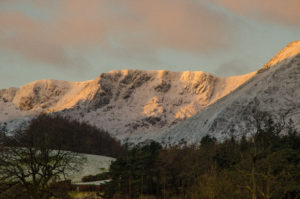 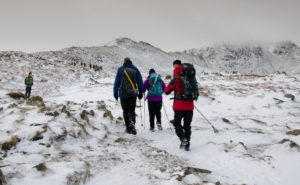 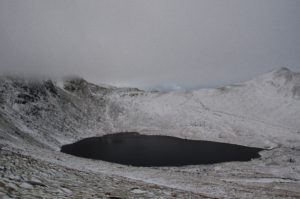 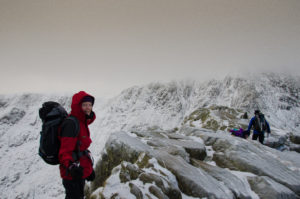 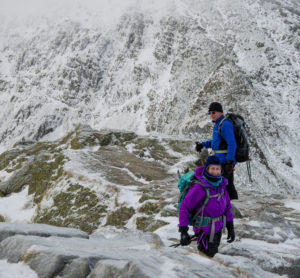 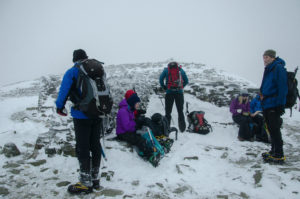 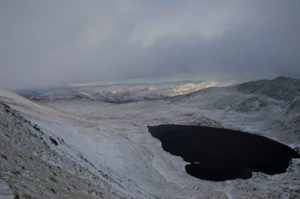 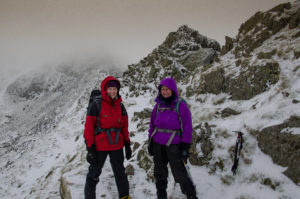 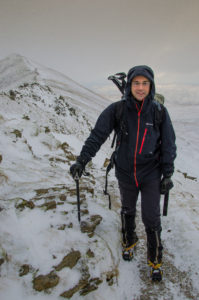 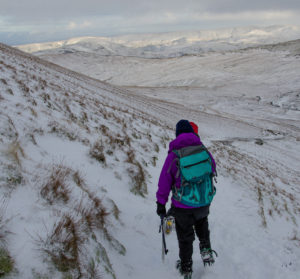 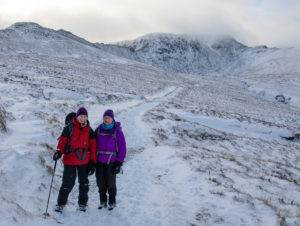 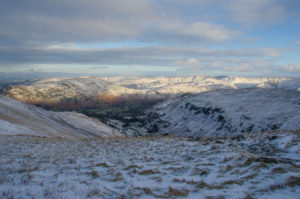 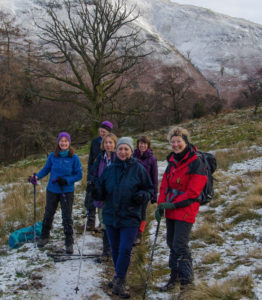 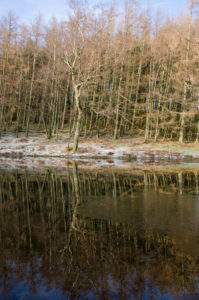 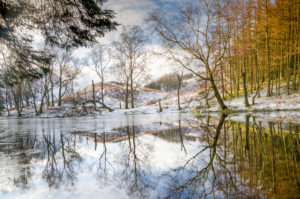 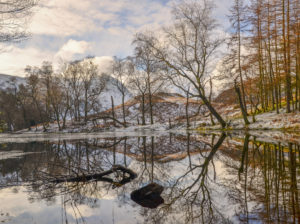 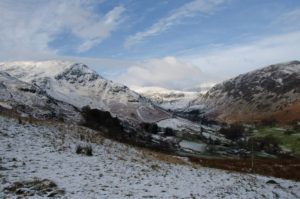 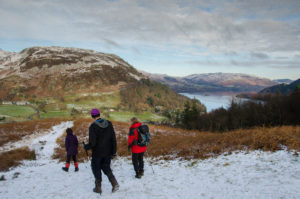